Another award for local lady Tina

The 373 Group holds an annual awards ceremony to recognise...

Another award for local lady Tina 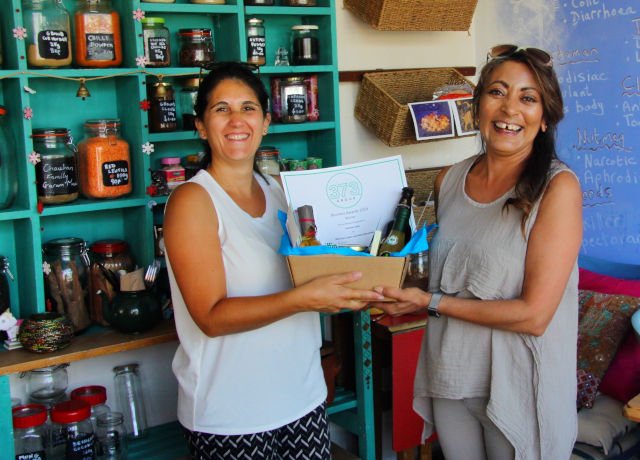 The 373 Group holds an annual awards ceremony to recognise those unsung business heroes - whether the business is a sole trader or a national player.  Businesses doing a great job for their customers, staff and the wider community.

This year's overall awards for 10 different categories attracted 250 separate nominations with over 100 businesses being recognised.  Businesses ranging from companies turning over many millions to those who don't yet or don't want to.  It was a real tough job for the panel of judges to make the choice from such a fantastic range of great businesses.
The award for Best Sole Trader / Micro business was immensely competitive with over 14 different companies nominated.  Local award-winning business woman Tina (The Samosa Lady) was recognised as being a genuine trooper and always helping the community.  People come from as far as Bovey Tracey to taste Tina's Samosas!  Tina has also recently set a world record for making over 500 Samosas from scratch in 24 hours on her own.  The roaring applause highlighted Tina's popularity and quality of service.

In memory of Her Majesty Queen Elizabeth the SecondEast Devon District Council...

For those of you interested in Storm names, the MET office recently release the...