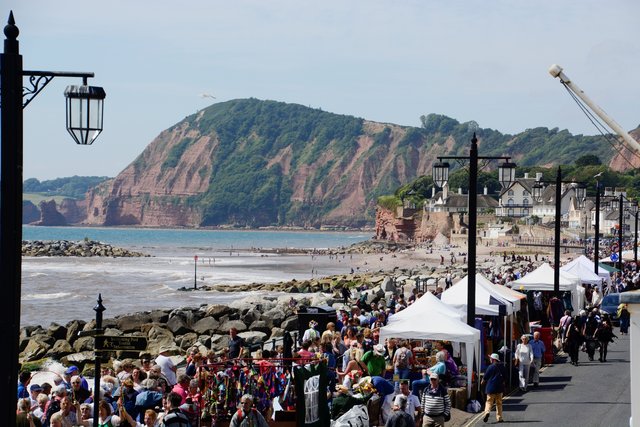 Early Bird deals for best value day, weekend and week tickets for the best festival seaside holiday of the summer at Sidmouth FolkWeek are available until next week’s 30th April 2016 deadline.

The most flexible ticket option, with access to all festival events, is the All-In-One Season Ticket including the Ham Evening Concerts, and offering a substantial discount on Pre-Festival specials with Pam Ayres, Steeleye Span and Port Isaac’s Fisherman’s Friends. Alternatively, for those wanting the flexibility and choice of an inclusive ticket, but with a choice of the Ham Evening Concerts, there is the option of a Week Season Ticket, which also gives attractive discounts on Ham Evening concerts and Pre-Festival events.

Here’s a iceberg-scraping reminder of just the headline reasons for getting in quickly to book Season Tickets for this unique week long celebration of music, dance and song….

Festival-goers can visit the website for fast developing updates on the programme, with news of concerts, ceilidhs, dances and workshops…..and that last chance to book those Early Bird deals. www.sidmouthfolkweek.co.uk

The Taster Programme will be on the website in early May and distributed as event tickets go on sale in mid May. Advance tickets for the fast-selling Jon Boden and Seth Lakeman shows are available right now!

Save the Date: this year's Taste East Devon Food and Drink Festival runs from 3...

Rules for all types of road users have been updated in The Highway Code to...

Spring Concert with The...

Spring Concert with The Wyndham Singers and Special Guests Davida Guppy and...