Citizens Advice opened 4 September 1939, this September we will be 83 years old!

Citizens Advice East Devon opened in 14th June 1960, this June we will be 62 years old.

The history of Citizens Advice is truly inspiring and we are so happy to be part of the organisation today. So let’s go back to where it all began….

3rd Sept 1939, War was declared. The next day 200 bureau’s open. The need for an information service had been on the cards since 1935 however with the War now on England’s doorstep, it was needed now more than ever.

The service was run by Volunteers and the typical issues they dealt with back then was a loss of ration books, homelessness, evacuations, missing relatives and prisoners of war. Debt was also fast becoming an issue, due to incomes reducing. Over the next 10 years more bureaus opened reaching 1,074. One even operated from a converted horsebox close to bombed areas.

After the war, funding was cut and therefore the number of bureau’s was halved. It wasn’t until 1960 when funding was restored following The Rent Act bringing in a vast number of enquiries. In 1965 National total enquiries reached 1.25m and in 1973 a grant was given to extend the network – National Association of Citizens Advice Bureaux (NACAB).

Over the years The United Kingdom has faced many challenges, recessions, cost of living increases, EU referendum, and now once again war is impacting our way of life. As technology grows, Citizens Advice grows with it using clever systems for data that help see the bigger picture and push for changes. Technology has also helped Citizens Advice reach more clients than ever.

Since 2003 accessibility has been greatly improved as has the quality of our service by making the Advice guide self-help content available in Welsh, Bengali, Chinese, Gujarati, Punjabi and Urdu and being the first in the advice sector to audit quality. Adviceline was opened, a call service for the whole of the UK to get advice when they need it and Language Line was brought in to ensure we can speak anyone needing help.

2003: An independently commissioned review of the service by the Office for Public Management concludes that "the Citizens Advice service provides excellent value in return for the public funding it receives. It makes a significant contribution to individuals and communities, as well as to the process of policy-making and service delivery. Its holistic approach, national coverage and independence are to be cherished.”

Over the years Citizens Advice has managed to make some important changes through campaigning and clever use of the data we collect. Some of these changes include-

•The Housing Bill to include a tenancy deposit protection scheme.

•A ban on letting agents' fees

•Persuaded energy networks to give money back to their clients.

•The Supreme Court rules that employment tribunal fees are unlawful.

The coronavirus pandemic caused unprecedented challenges for our service and the people we help.

When the Coronavirus Pandemic hit, it was a shock for everyone however Citizens Advice were able to continue providing our service online and over the phone. Nationally, we answered 60,000 more Adviceline calls and 6,000 more Help to Claim calls from January to March 2020 than during the same time the previous year and the website had 2.4 million views.

Citizens Advice East Devon officially started in 1960 however our origins started a little before this. In 1959 a study group looking at about 200 Exmouth families saw the need for the advice service. They decided they wanted to continue their investigation named ‘The Worker and his environment’ and opened Citizens Advice Bureau (CAB) Exmouth. The study group attended lectures to help them better prepare for the venture, formed a committee of representatives from local welfare bodies and began sourcing funding.

CAB Exmouth then opened 2 days a week renting space from the iconic Sailors Rest Building in Exmouth for 10 shillings a week, (equivalent of £8.50 now).

At first, only a few people turned up however The Great Exmouth Flood (1960) soon brought a flood of clients, excuse the pun. This influx of clients helped secure funding from Exmouth Town Council of £25.00 (equivalent of £613.48 today). They were then able to rent a space in the town hall and opened up 5 days a week.

One of members of staff, Janet – was 12 at the time, she tells us that she remembers the flood very well and wanted to go and help but her mother wouldn’t let her in case she caught something!

And here we find ourselves in the present day, still here, still helping our clients.

It has been difficult to find details on our local history, most of the information we have found was from documents mainly written by Edward Harrison, Chair of Exmouth Citizens Advice from the beginning until 1980.

There once was a knowing old scout

Who said ‘If you’re ever in doubt’

And if they don’t know

They’ll tell you where you can find out!

If you have any information or memories of Citizens Advice East Devon then please get in touch! 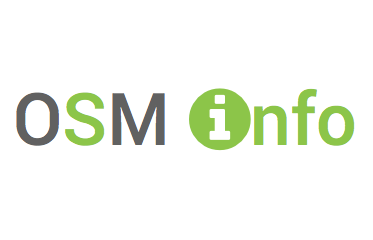 I would like to take this opportunity to inform all the residents of Ottery St...