Richard Coley our Citizen of the Year 2018

Richard Coley was nominated for his community spirit. He...

Richard Coley our Citizen of the Year 2018 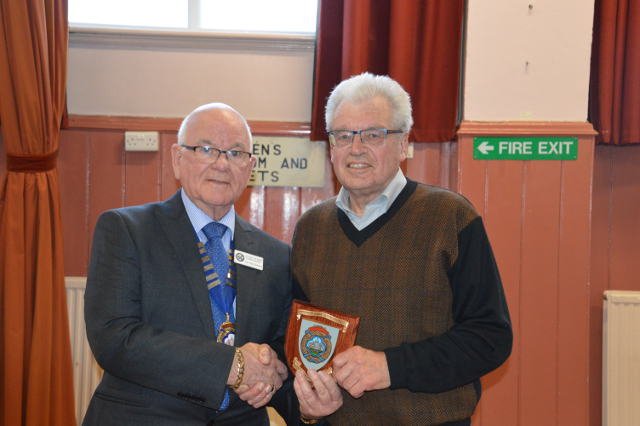 Richard Coley was nominated for his community spirit. He has been on the Pixie Day committee for 40 years most of them as the chairman, leading a small band of volunteers to put on Pixie Day every year with fresh attractions brought to the event each year. In 1977 he resurrected the event with the help of John Toy and others in the Scout movement, and he brought the Guides in and created the Joint Scout and Guide Committee aka the Pixie Day Committee, from humble beginnings it has grown to the event that it is today, with Richard introducing fresh ideas throughout, e.g the fireworks display. He would arrange for a trailer to be brought into the Square and dress it as a ‘cave’ for the Pixies’ Revenge, with the help of some parents, the ‘cave’ is now built into the archway between Country Farm butchers and Otter Produce, and he still oversees this but has another member of the committee to do the building. In the early days he and his band of merry players would put on a play to entertain the crowds before the Pixies came into the square, once seen with his family dressed as a chicken! Without his commitment to Pixie Day the Scout and Guide groups of Ottery would certainly be poorer. Richard’s involvement with the Scouts meant that he helped with the Annual Scout Jumble Sale and on Tar Barrel night he would run a stall to help raise funds.

He doesn’t just commit to Pixie Day itself but also organises the community for the Carols round the Tree which is supported by the Carnival Committee. He seeks out a tree, which sadly or otherwise hit the headlines in 2017, once the tree has been acquired he and a very small band set to and have it set up in front of the Library, with lights and trimmings, and after the event he serves up his spiced up fruit juice and mince pies, and then of course what goes up must come down, so that merry band of men take the tree away after Christmas under Richard’s guidance.

Richard is also involved with the Church, ringing the bells on a Sunday, and at other times when required, he also gives guided tours of the church and recently whilst accompanying the insurance inspector realised one of the down pipes was blocked on the roof, he therefore with an assistant went off and removed the debris blocking the down pipe, yes he climbed onto the parapet via the ladder in the tower to gain access. He can also be found giving guided tours at Cadhay throughout the summer, and is the Chairman of the local National Trust group arranging their annual excursion around the country to visit other NT places of interest.

He has over the years been front of house at the Ottery Community Theatre events namely the annual pantomime. With his background in agricultural education Richard was until recently involved in a local charity ‘Bicton Overseas Agricultural Trust’ as a founding member serving as secretary and more recently their treasurer, he is also a Trustee of the ‘Jack Riley Trust’ another local charity promoting the education of persons normally under the age of twenty five, by providing grants for further education in very needy cases. Lastly, he is involved with the Devon County Show and Honiton Show as a steward.

His commitment to Ottery St Mary is far reaching and we would therefore all wish to congratulate Richard on his Citizen of the year 2018 award.

Save the Date: this year's Taste East Devon Food and Drink Festival runs from 3...

Rules for all types of road users have been updated in The Highway Code to...

Spring Concert with The...

Spring Concert with The Wyndham Singers and Special Guests Davida Guppy and...