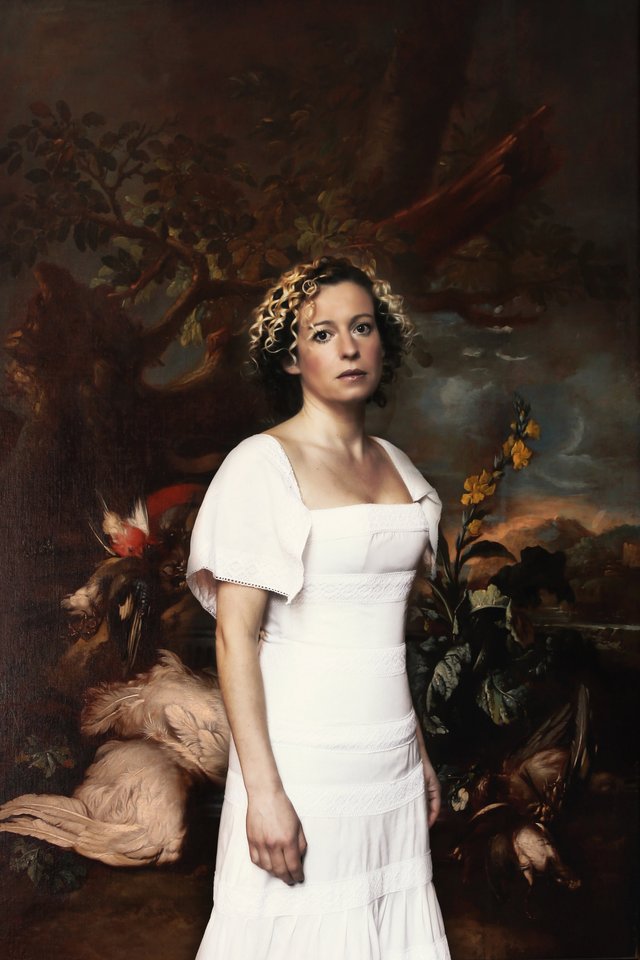 At Sidmouth FolkWeek the tone for a mighty week of festive fun is set each year with an inspiring and all-welcoming Pre-Festival Special Concert at the Ham Concert Marquee: an event with broad appeal beyond the folk world.

This year is no exception, with an artist who is both the darling of the British folk scene and whose crossover appeal is unprecedented – from working with Ronan Keating to winning four BBC Radio 2 Folk Awards, KATE RUSBY is one of the brightest stars in folk music’s firmament

KATE RUSBY and her band kick of the festival at the Ham Concert Marquee on Thursday 30th July at 8pm. Audiences are guaranteed an unforgettable concert experience! With her nightingale pure voice and disarmingly intimate delivery, Rusby cuts to the emotional quick; her hauntingly beautiful narratives balanced with warm Barnsley banter, and the intuitive support of a band featuring the cream of British folk musicians.

Appearing at only a handful of carefully chosen festivals this summer, Sidmouth will see Kate showcasing material from latest release Ghost (Nov 2014) and a selection of much-loved classics from her back catalogue stretching over her two decades of music making.

‘Everybody loves and respects Kate Rusby, not just for her lovely voice, but for the way she has moved folk forward while remaining true to tradition…’ Sunday Times

Pre-festival concert tickets can be booked at http://www.sidmouthfolkweek.co.uk/index.php?page=tickets

And to see how this kick-starts a week of mighty musical treats, look at full (and regularly updated) details of line-up, programme and ticket options at www.sidmouthfolkweek.co.uk


With a diverse and top drawer line-up in place for this year’s Sidmouth FolkWeek, it’s no surprise that Super Early Bird season tickets have now sold out. However, festival goers still have a chance to grab a great value Early Bird Season Ticket while stocks last (no later than 30th April 2015.)